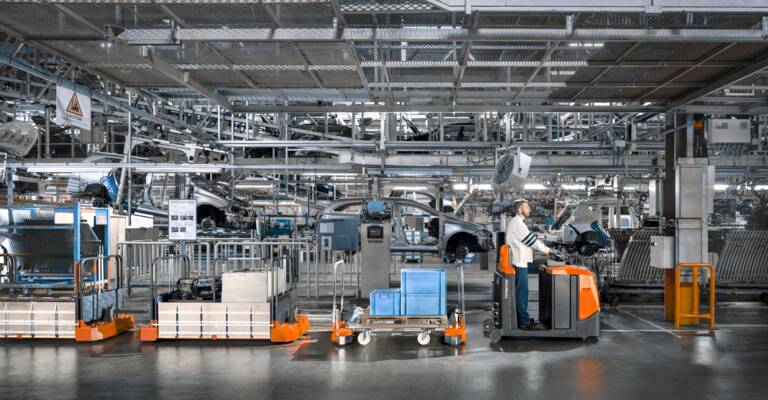 Time is of the essence when it comes to racing cars, and even more so when it comes to building them. While there are many factors in the whole process, such as supply and demand, materials, and labor cost, more time saved equals an increase in efficiency and an increase in production. While most manufacturers are turning to fully automated factories as a way to save time, Toyota is finding a balance between using man and machines.

One would think that having a fully automated manufacturing plant would cut down production time; however, Toyota has found that notion to be quite the contrary. In fact, their automation workforce is the same as it was 15 years ago. The reason? Human efficiency. According to the Wil James, president of Toyota Motor Manufacturing in Kentucky, “Machines are good for repetitive things, but they can’t improve the efficiency or the quality of their work. Only people can.”

It’s easy to think that turning to automation would mean lower costs due to the ability to cut out some of the human workforce, however, Toyota leveraged the newfound efficiency by making the human workforce maintain and upkeep the automated machines, thus maintaining a number of jobs available. Employees are more likely to stay at these manufacturing jobs as well, since robots now do the once-tedious and physically intensive jobs.

Will the Robots Take Over?

For now, automation in the Toyota plant makes up for about 10 percent of the manufacturing workforce, with humans maintaining and innovating new ideas to assist in the whole process. While the automation will continue to grow, there will still be plenty of jobs in assisting these robots, as well as other areas, for people to strive for.

Curious what Toyota is up to? Head down to Royal Palm Toyota to test drive the latest models today.